When I got no obvious copper from the first smelt, I decided it would be a good idea to get something more stable in which to hold the ore while it was in the coals. Obviously, this would be a high-temperature reactive environment, so regular glass or metal cooking stuff might not cut it.

My first stop was at Doit Center, where I found some very small terracotta flower pot saucers about 3" across and 1/2" deep. For 89 cents, they'd be my first try. Then I went far upscale, a specialty store called Sur La Table, which has all kinds of interesting kitchenware, including small cast-iron serving dishes and a kind of ceramicware called Revol which claims on its website to have a silica glaze and be fired in the 1300C range. I bought two of the cast-iron servers, and two small ramekins from Revol. There was also a marble mortar-and-pestle that was calling to me from the corner of the store, begging to be brought home. What was I supposed to do, ignore it?

Here's the jazz I got: 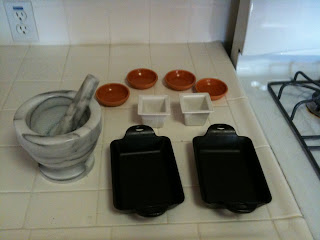 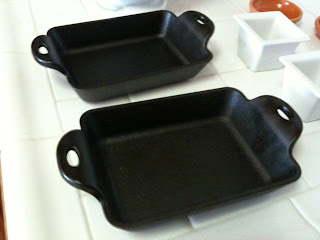 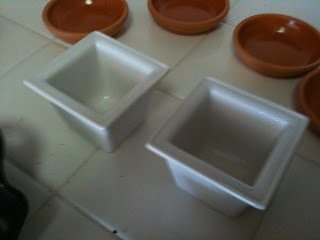 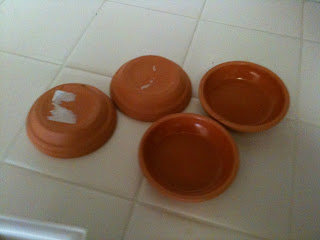