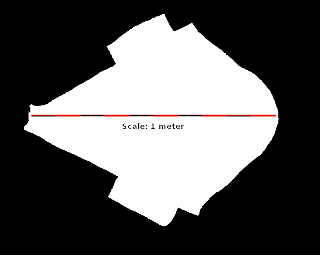 Email ThisBlogThis!Share to TwitterShare to FacebookShare to Pinterest
Labels: bellows

May 24-26: Ontario, Canada
Darrell Markewitz, author of Hammered Out Bits, is teaching an iron smelting class, where I hope to smelt my first iron ore.

May 31-Jun 3: Hampshire, UK
Fergus Milton at Butser Ancient Farm is teaching a four day archaeometallurgy class covering copper and bronze smelting. I hope to walk away with a cast axe head.

Jun 14-16: London, UK
The Historical Metallurgy Society is having their 50th anniversary conference.  I have just paid my membership and registration fee so that I may attend.

I also plan to visit Malta and Morocco, so if anyone knows of any events related to early mining or metallurgy in or around those places, please let me know!
Posted by Jeff Evarts at 12:35 PM No comments:

Email ThisBlogThis!Share to TwitterShare to FacebookShare to Pinterest
Labels: classes

A second three hour high-heat smelting reduced the contents of both crucibles completely. The copper came out as a single large button. The tin was different. There was one small button (5g) and a three layer "cake" of slag... a light grey very granular layer was the bulk of it. Atop that was a dark grey layer and atop that were little balls of tin, like a froth, embedded in the borax. 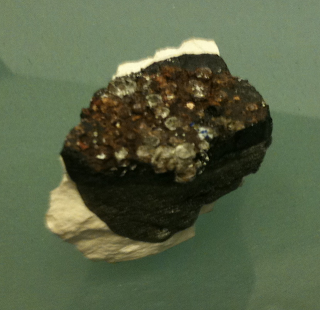 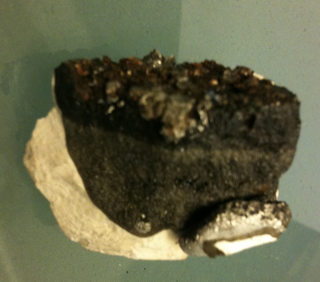 In researching the tin, I find that tin forms a significant amount of tin silicate slag, given the chance. Historically quicklime was added to displace the tin from the silicon. I will try that next time. 40% of the mass of the cassiterite in quicklime is the proportion recommended.
Posted by Jeff Evarts at 1:01 PM No comments:

I got a Cress kiln a while back. I refitted it with a (much, much) longer cord, and here's what it looks like now: 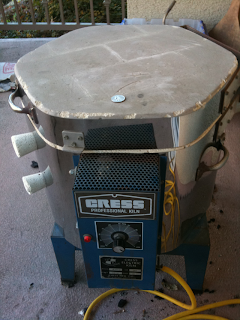 I tried smelting copper and tin in it today, using crushed charcoal as a reducing agent and borax as a flux and sealant.

Both crucibles were covered by ceramic discs that fit loosely.

I heated the kiln on "low" for about 30 minutes, "medium" for about 30 minutes, and "high" (dark orange heat) for 2 hours, then reversed the process for cooldown, for a total of about a 4 hour total firing. When I pulled them out, imagine my surprise finding only partially decomposed ore, and plenty of charcoal left. The copper was considerably further along than the tin in terms of decomposition, but neither had a substantial lode of purified metal.

Tomorrow, I shall extend the time for full heat from 2h to 3h and see what's what.